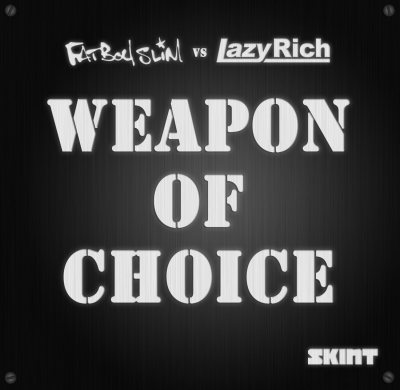 Back in 2001 Fatboy Slim and Bootsy Collins gave birth to the phenomenal recording ‘Weapon Of Choice’. It got even better when together with Spike Jonze they made Christopher Walken dance throughout the entire video.

Now the record has been dusted off and remixed by UK dj Lazy Rich. His first name is Rich, Lazy comes from an obsession with the well-known recording by X-press 2. And no, he’s probably as lazy as Fatboy Slim is fat. Nothing can top the original, period. But Lazy Rich is going in the right direction with this new remix. Will be released on UK label Skint Records on the 29th of March.