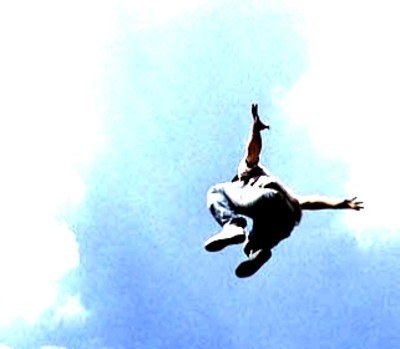 In here: The XX vs. Bruno Mars – Seba vs. Airwalker – Magnetic Man vs. Nina Simone – James Blake vs. Caribou – Joy Division vs. MHYH – The Fugees vs. Sevin – Adele vs. Liquid Gold – and a track by Grieves & Budo. Last post was quite a while ago, due to some other work Yours Truly had to finish. But enjoy!

Just The intro
Every once in a while it’s okay to post these pop-related mashups. And this one worked out really well too! It’s the Bruno Mars ‘Just The Way You Are’ acapella over the Intro track of The XX’s album. Adam Venton, or Lightfires, a producer from Bristol is responsible for putting these two tracks together.
Download: The XX vs. Bruno Mars – Just The Intro (Lightfires Mashup)

Painted Skies
Came across some remixes on Seba’s ‘Painted Skies’ today and as it turns out, there’s a remix contest going on for the track. Hosts are Seba, Ableton, Soundcloud and Knowledge Magazine. The first three winners will receive Ableton 8 and a Soundcloud paid account and the remix deadline is 27th of March 2011. So i’ve been listening to all the (downloadable) entries so far, and altough a lot of remixes really sound alike, this one is definitely my favorite: The Airwalker Remix. If you also like his remix, make sure to add it to your favorites on Soundcloud. If he gets enough people to press the button, he gets a Soundcloud Pro account from Soundcloud..
Download: Seba – Painted Skies (Airwalker Remix)

A Limit To Your Sun
Much respect for Altrice, (remix-)producer from Tuscon, Arizona. A while back he won Caribou’s remix contest by remixing their track ‘Sun’. After winning, Altrice came up with remixes of Caribou’s entire album ‘Swim’, which Caribou uploaded to their own Soundcloud page yesterday. On top of that, Altrice picked up ‘Limit To Your Love’ by James Blake, and mashed it up with his own ‘Sun’ remix. And it fits like a glove, amazing.
Download: James Blake vs. Caribou – Limit To Your Love / Sun Remix (Altrice Mashup)

Love Will Tear Us Apart
Bold Move. The intro takes a while, but this is a very original take on Joy Division’s ‘Love Will Tear Us Apart’. A very tricky track to cover, but I think My Heart Your Heart actually pulled it off. MHYH is a producer from Leipzig, Germany. He doesn’t write that much about himself, except for some jibberish about finding the mask of Zorro or something. Aw well, as long as he keeps sharing these nice remixes it should be okay..
Download: My Heart Your Heart – Love Will tear Us Apart (Joy Division Cover)

Fu-Gee-La
Nineties: Shit music. At least most of it anyway. But one of the best productions of the decade must be the ‘Fu-Gee-La’. Found a really nice edit of this Fugee’s classic today, made by Sevin. He took most of the rap vocals out and added some Drum and Bass elements to it. I’m not a fan of quoting dead people but this is actually a little less conversation and a little more action..
Download: The Fugees – Fu-Gee_La (Sevin Remix)

Pack It Up
Grieves and Budo (Benjamin Laub and Josh Karp) have a nice track up for valentines day.. (Yeah that would be a while back but listen up, because this track is good.) Grieves is a producer/vocalist and Budo is a producer/musician. Both come from Seattle, both moved to Broolyn a few years ago to work on their music. They are signed to the Minneapolis based Rhymesayers label, which is the company that is responsible for this free valentines download. It’s on Soundcloud and it’s called ‘Pack It Up’.
Download: Grieves & Budo – Pack It Up

Rolling In The Seventies
With this much tracks in a post, I think I’m also entitled to throw another one of those half-ridiculous seventies mashups. (But really, this is a nice one!) It was sent to the inbox by Gordon Gonzola. He made Adele sing her ‘Rolling In The Deep’ to the instrumentals of Liquid Gold’s ‘Substitute’.
Download:Adele vs Liquid Gold – Rolling In The Deep (GonZo Mashup)