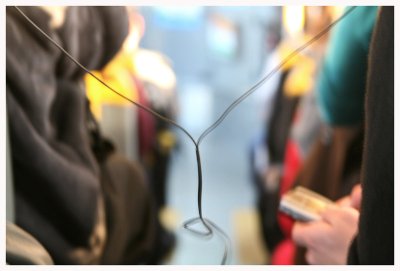 Another 3 downloads: Wiley / Nirobi, Radiohead / Maistri and Merdan Taplak share their latest uploads with you. Share and thou shalt receive. This post has some artists that are certainly giving the right example.

Energy Bubbling
A few weeks ago Britain’s Grime MC Wiley put up a butt load of his music for free download. The whole collection of over 200 tracks was dubbed ‘The Zip Files’ and can still be found at Grime Forum. Apparently there was some agitation between the Brittish MC and his label and throwing up all his music for free download was a way of saying ‘Screw you, music label‘. True or not, at least the publicity carried the MC’s name to a lot of greedy ears. Brighton’s Robert Luis, A&R manager / Dj, picked up one of the Wiley tracks and did a nice re-edit.
Download: Wiley – Energy Bubbling (Nirobi’s Edit)

Nude
Sharing music for free is a classic ‘stunt’ for bigger artists and if there is one band that knows about it, it should be victimized-by-thousands-of-remixes Radiohead. In 2008, BrittishLeighton Masters entered a remix competition in which the objective was to remix the rockband’s track ‘Nude’. So he did, and recently the Brit has been thoughtful and put his remix up for free download on Soundcloud.
Download: Radiohead – Nude (Leighton Masters Remix)

Tweet
Wiley spread his music via Twitter, Hype Machine is doing it and we hope you’re tweeting the tracks you find on this blog. It has become a useful medium for the people who dig free music. How about a nice anthem for all that twitter info-mayhem.. Music by Merdan Taplak.
Download: Merdan Taplak – Tweet