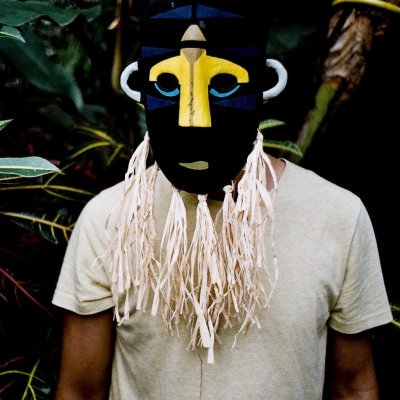 Hold On (Live Version)
Apparently SBTRKT played a live session at the BBC Radio 1’s Live Lounge today. Young Turks, the label of SBTRKT, The XX and Jack Penate (+ more) uploaded two track from the live session on Soundcloud. One of the tracks is ‘Hold On’ from SBTRKT’s self-titled album. The live version is twice as long as the album version. But as if it were a good old long-player, it stays interesting untill the last second.

Dizzle
This original is over 8 months old, but this week the download option got unlocked. Good reason to re-visit ARTK‘s Soundcloud page. The track is titled ‘Drizzle’ and fits that Bass Music/House/Garage we’re hearing a lot lately. Very strong production.

Around The World (Richard Earnshaw & Mike Scot Re-Edit)
Richard Earnshaw is an understanding in (old school) house music. Search for his name on Youtube, especially if you’re from the UK. Hed Kandi-ish Nostalgia guaranteed. Together with Mike Scot he recently made a remix on Daft Punk’s ‘Around The World’. Daft Punk’s classic together with some piano chords from that soulful/deephouse era: Win.