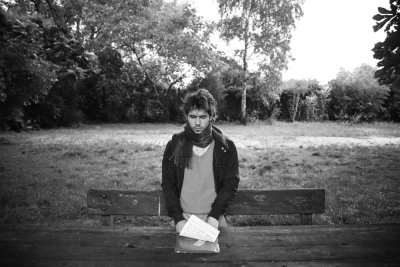 Hot Rain / Bimzal
Just found out about Pomrad, probably one of Belgium’s most unorthodox beatmakers to date. Below are Two arguments to prove that point. The productions aren’t really mastered that well. I even doubt most of you might put this on repeat. But after a few listens, these things will grow on you.
Pomrad – Hot Rain

Ice Cream In Its Right Place
After some time of absence, Minnesota is back to mash up two completely unrelated recordings. The mashup features those infective rhodes from Radiohead’s ‘Everything In It’s Right Place’ and the vocals from Dorrough’s ‘Ice Cream Paint Job’.

Captain (James Yuill Remix)
Nine days ago Singer/Songwriter/Producer/Remixer James Yuill uploaded a whole batch of remixes to Soundcloud. Among the people he remixes: Au Revoir Simone, Fenech Soler, Trophy Wife and Roots Manuva. Some of these remixes are really good and original. But after listening to five Yuillmixes it all starts to sound a bit similar. Some of these remixes don’t seem have that grabs-you-by-the-balls-and-refuses-to-let-go sound.
One of his best remixes just might be his interpretation of ‘Captain’ by Empress. Which by the way is a huge improvement on the original.