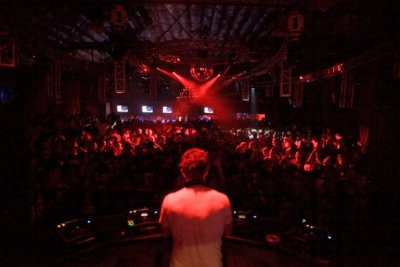 Musicians can excel in more than just making and playing music. Fedde Le Grand is living proof of just that. He has mastered the art of networking by hosting one of the strongest online fanbased communities you can find today.

Le Grand pushed his site online back in november last year. It features all the stuff his fans like to know about him, as well as a homepage for thousands of fans who are all able to upload their own photos, videos and of course music. Nice step there, as nowadays most visitors are just as much producers as they are consumers.

The site’s strongest point: Fedde Le Grand is actually participating in his own community. He’ll leave you a PM, checks out the forum and maybe even gets your music signed. That’s what happened to Michael Heuser. Together with production partner Dominik De Leon he remixed a track by Marcus Kaes. After putting it up on the FLG website, it was picked up by Fedde, who just liked the recording. It got signed to Blackbird, one of Fedde’s labels.

The track has been released on Beatport this week, and here’s a sample: