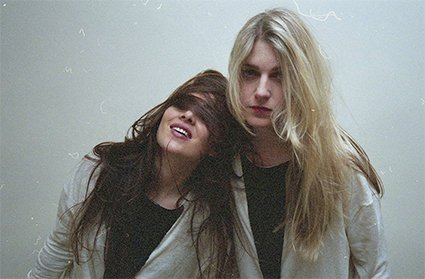 This is one one of those fuck-we-havent-posted-in-days posts. Quick a few lines then.. 12 tracks to catch up on.

Keljet did this in a day. One day. Amazing. They remix Ayer, that Brooklyn duo who have recently debuted their first track ‘Circle Down’. It made big waves. This will too. Fantastic combination.

You’d have to fill in the form, but you’ll get access to this really good Armeria remix on ‘Run’ by Joel Compass. Not a big fan of the original, but the Armeria version spices things up. Very interesting take.

So many remixes, even more covers, and even a fair share of remixes on covers and re-interpretations on remixes. But this ‘Royals’ remix by JNATHYN on Lorde still gets a post, because the stuff he added is brilliant. Might want to go a bit easier on compression though.

Read the title and figured, this can’t be good. Was very wrong though, Manilla Killa and AObeats did a very very cool remix on ‘Suga Suga’ by Baby Bash. Quite happy with Manilla Killa’s recent stuff in fact.

And Jean Tonique does a very similar trick today. His Hip Hop acapella of choice is ‘I Just Wanna Love You’ by Pharrell and Jay-Z. Was expecting a proper remix here, and was not dissapointed.

Fred Falke does a Fred Falke on Pompeya’s 2011 track ’90’. It looks like Fred Falkse, sounds like him too. Also nice to hear some Pompeya again, hope they’ve got more stuff coming soon.

Was not expecting this one from Hayden James, but he did a proper remix on Dillon Francis and T.E.E.D.’s ‘Without You’. Basically amputated the EDM parts, and replaced them with some production that would do well with a label such as HW&W. Cool way to work with rhythm.

Speaking of HW&W, this Pomo track is on our list as well. ‘Work It Out’ features a well used acapella by late eighties Janet Jackson, who’s probably one of the first artists ever to have her younger self become cool again before kicking the proverbial bucket.

Aucklandian Chores remixes Aucklandish Broods and their ‘Bridges’. Nice remix, lots of elements from the original recording. But the instrumental work by Chores could have probably been a standalone track, which is a good thing.

Quite happy with this free track by Saint Motel, very Poolside-ish but feels older. Pop track the way Pop tracks are supposed to be built. Has something very French Riviera about it, not sure why.

Still picking up some Moombahton left and right. This Nindja version of No Doubt’s ‘Don’t speak’ hit the spot. Sounds like Sonora, with Gangster Antonia Banderas on the mic.

Sorry about the few words. To many stuff to work out in not nearly enough time. Hope you enjoy the selections though :) This last one is a track by British artist Kaleida. 2013 debutants, sounds like they’re meant for a bigger career in the months to follow.