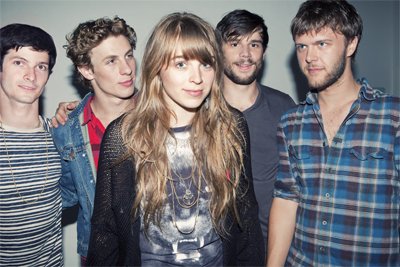 I’m not at all used to artists saying “Please help by re-uploading my album to different download sites so that people can download it for free”, but today I found someone who does. He is Jay Haze, a dj/producer who’s originally from Pennsylvania. But I think he’s going across the globe at the moment. He’s also known as Fuckpony and has worked with other fantastic producers such as Samim and Ricardo Villalobos. In February this year he released what he said to be his final album: ‘Love = Evolution’. You can download the entire thing for free. (I hosted it at Soundcloud)

At the moment he has devoted his life to the raising of money for charity. To see what he’s working on at the moment, follow him on Twitter. You won’t regret. Also, if you would like to read the story behind each track on the album, he’s written about them on Facebook.

This particular track from the album is called ‘I Wait For You’ and it features vocals from Laila Tov.

Here’s a little re-return of the Mack. You’re actually listening to the nineties hit ‘Return Of The Mack’ by Mark Morrison. Additional mixing has been done by WKF Productions, he’s actually one guy from the UK. I really like this mash, and I think he did a good job on it. I grew up on this music. But WKF left me a bit confused after reading some info he’s left on his social pages. Quote: “Yes I am a eurovision geek so every May be warned it gets messy on my update feed!!” …

Looks like Benga is pretty serious about sharing his music for free. Yesterday he uploaded another downloadable track to his Soundcloud account. Track is called ‘Midnight’ and follows his ‘Smack Your Bitch Up’ which was also promoted by BBC’s Annie Mac.

Speaking of Annie Mac, she’s promoting a rather nice one this week too. It’s a remix on ‘Up Up Up’ by Givers. The original track is already all over the internet. The remix is produced by Body Language, a four headed band from Brooklyn.

At first I had my doubt about this remix because it’s so close to the original. But after a few listens I’m hooked. The ones responsible for it are Michael Brun, Paris FZ and Simo T. I like it because of the originality in the break. And it’s nice to hear Michael Brun getting close to the sound of his first remix on Angus and Julia Stone’s ‘Big Jet Plane’.

Today Monsieur Adi closes his remix trilogy on old Madonna tracks. After remixing and giving away his takes on ‘Get Together’ and ‘Music’, today Adi releases his remix on ‘Frozen’. Like both of the previous remixes, the atmosphere of the tracks totally changes thanks to Adi’s productions. But I’m also kinda glad the project is over, too much of the same thing over and over again can’t be good.

Pleasantly surprised by this new track by Black Light Dinner Party. It’s called ‘Small Boxes’. To be honest I do not know that much about BLDP, besides the fact that they make fantastic music. And their previous free track ‘Older Together’ did amazingly well. That’s enough to keep following them.