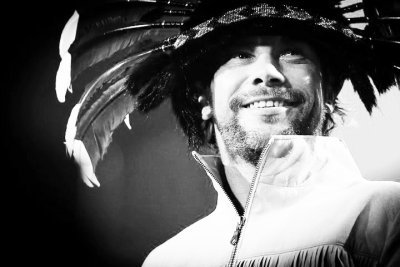 So here’s a post to catch up for the last few weeks. Best way to start it off with must be Jamiroquai. He (or at least: his people) recently posted a free track on Soundcloud titled ‘Smile’. It’s a really smooth pop/soul recording in the fashion of some of his earlier tracks like ‘Talullah’ and ‘This Corner Of The Earth’. Perfect ingredient for a nice hungover summer morning.

Got word from WhiteNoise yesterday with some news.
First up, he’s got a new track up and he’s looking for comments, feedback, and a label to release it. The track is called Inertia, and you can stream it here:

The second bit of news he gave me is that there’s a new version of his Nancy Sinatra remix (‘Bang Bang’ from the Kill Bill OST) up for download. It’s been mastered and a few adjustments were made to the production. You can download it here:

This track is the official anthem of a Swedish Festival called ‘Summerburst’. (4th of June 2011..) That should also explain the somewhat cheesy whisper thoughout the recording. But everything else about the track is very good and solid. The track was recorded by a Swedish duo called Darwin & Backwall, also featuring Charles Gudagafva.

It has been quite a while since GRUM released a nice freebie on Soundcloud. Up untill now that is. Nightriders are sharing their GRUM remix of the track ‘Runaway’. Might be a bit late, the original track already popped up in late summer of 2009. But it looks like this remix had not seen daylight before this week.

In addition the Mr. Adi’s remix on ‘Get Together’ by Madonna, here’s the Adi instrumental. I mentioned the track in the blogpost before this one, so no need to tell you once again that this track is amazing. To keep you in the loop of the latest Adi-isms: It looks like he’s about to come up with a Kylie Minogue remix and another remix on Madonna herself: Music.

Announcing another mashups-on-steroids album. (You know, a bit like Girl Talk does.) Dj Bahler has just released an album called ‘Free The Snares’. It’s completely free, but he does want you to make a donation to charity. If my count is correct, Bahler sampled over 140 track for this 20 track album and it took him a year to finish it. This is the first track from the album, it is called ‘Semblance Of Sound’.

I remember when I started this blog the first place I’d go to search for new music was the Erol Alkan forum. One of the people regularly putting out music on the forum was Polymath. Last week his name popped up on my screen again. Polymath remixed Green Velvet’s ‘Dank’ and he did it very well. Sounds like Tiga in my opinion..

This goes without exception. Every single track that is put out by Drake or Lil’ Wayne gets a dubstep remix. So yes when you assemble Dj Khaled ft. Drake, Rick Ross and Lil’ Wayne in one release, of course there will be at least ten of those remixes. At least one of them is of great quality, here’s the Karetus remix.

Here’s a nice take on Sia’s ‘My Love’ by Balkansky. Here’s what he wrote under the track on Soundcloud: “I woke up one morning and searched the phrase My Love in Youtube, so I could wake up my girl with those words…The first result was this Sia song and I felt in love with the melody and lyrics….few hours later I had to fly to Barcelona and I did this remix for my love 10 000 meters up in the skies.”

If a remix contest really catches on you get remix floods.That’s what happened to the recent Chase & Status remix contest too. I must have heard a hundred different remixes of their track ‘Time’. (Seriously, without exaggeration.) And I think at the moment I like this one the most. It’s the Undertone remix.

Skratch Bastid released another nice mashup last week. He mashed up the classic acapella of Wu-Tang’s ‘Gravel Pit’ with the instrumental of Nas ft. Damian Marley’s ‘As We Enter’.

Last year we had E-Dubble dropping a track every (Freestyle) Friday for the entire year of 2010. For 2011: meet Daniel Michael. As where E-Dubble provided us with a weekly dose of Hip-Hop goodness, Daniel Michael works with ukulele’s and harmonica’s and Folk music. The project is called ‘project 52 songs’ and I don’t expect anyone to need an explanation for that name. Here’s one of his weekly tracks, ‘The Fisherman’s Child’. Really like the start of the track but have to admit, it becomes a bit lumpy once the bass kicks in. Nevertheless, very nice track.

If you’re looking for awesome Breakbeat rerubs on Soundcloud, your best bet is to look for either Kraft Kuts or Rel1. This time here’s a nice rerub by Rel1 on Reset!’s ‘If We Try’. Well actually, Reset! Is the original artist. The track first got remixed by Broke One. And then Rel1 came in and made the rerub. Aw well it’s nice anyway, enjoy.

Both Shem and Noisia are no strangers to the blog, now one made an edit of the other. Shem took Noisia’s ‘Friendly Intentions’ and stirred it a little bit in a giant bowl of Ableton. After a few hours in the oven he uploaded it to soundcloud and this is what came out.

Got a message in a bottle from Michael Brun this morning. He has a new remix coming up.
It borrows samples from John Mayer’s ‘Bigger Than My Body’ but the remix itself sounds like something you would hear from Swedish House Mafia, Fedde Le Grand or Kaskade. I’m just amazed once more that this guy doesn’t have more followers after some great remixes for Angus & Julia Stone and The Police. Oh yeah the download option will be up soon..

And closing this post with a nice Star Slinger remix.
He remixed ‘Down With The Trumpets’ by UK duo Rizzle Kicks. Just a really nice remix, as Star Slinger makes them. And damnit I’m so glad I finally finished this post. Have a nice weekend!