Head in the Clouds. 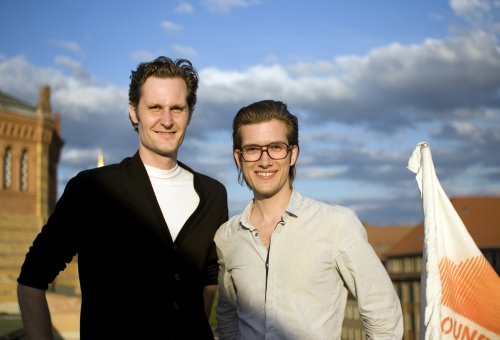 In 2007, two Swedes called Alexander Ljung and Eric Wahlforss grew tired of constantly sending music through email and shady download sites so they invented something new: the Soundcloud. From that moment, people could come to their website and upload their musical masterpieces to that site for other people to hear. And so people started using it. A lot.
Soundcloud grew out to be the Youtube of audio, and so there came other applications using it. The Cloud Player by Henrik Berggren and Eric Wahlforss is one of those, combining the audio of Soundcloud with the look and feel of Itunes.

The Jackplug now has it’s own version of the Cloud Player, in which you can see what music has been uploaded today on Soundcloud and what’s hot today. Ofcourse you can use this modified version of the player yourself, all you need is a Google-account and go here. Click ‘+ Smart Playlist’ and you’re good to go, have fun!

So here’s something nice from the last two days, to boogie down your NYE. First up is Slynk from Brisbane, Australia. His real name is Evan Chandler and his productions have received positive response from big names in the Breakbeat scene like A Skillz, Fort Knox Five and Nick Thayer.

Another guy to watch out for is Dj James DB from West London. He runs his own blog where he places the music he plays, also using Soundcloud. Here’s his latest, a track by Lindstrom.