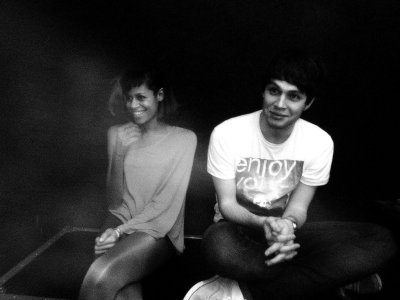 Walking With Giants
Bruce and Erica Driscoll are a nice bro and sis duo from NYC called Blondfire. They write indie-pop tunes that’s most notable for their catchy vocals. Their latest track on Soundcloud was posted a few days ago and is titled ‘Walking With Giants’.

Born To Die (AlunaGeorge Remix)
American Dream reference, lip reference, something about an earlier solo career. By now, you’ve probably read a few Lana Del Rey posts before. Anyway, we can still appreciate her somewhat depressing voice from time to time. Especially in this AlunaGeorge remix. They are a duo from London who make fantastic remixes and put them on Soundcloud for free downloads. Follow!