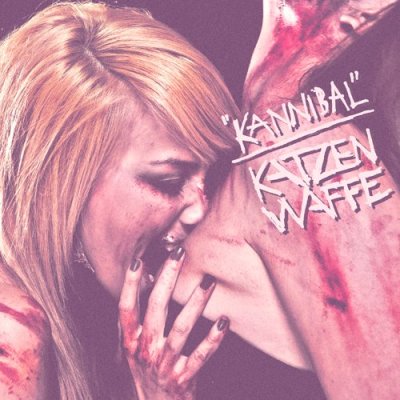 So here’s something new. Did you notice the new ‘Write A Post’-button in the menu? That’s for you. Actually, it’s for anyone who wants his/her music or the music of a friend/random artist featured on the blog. Just write a fun post about it and if it’s good, it will pop up right here on the front page. The first submissions have already been sent. One of those was a really energetic Katzenwaffe remix on Dada Life’s ‘Happy Hands & Happy Feet’. Here’s what Katzenwaffe wrote: “I’m the electro/house-loving alter ego of Martin Carlson, music producer from Sweden, recently a new member of the Plasmapool label. Listen to my brand new remix of Swedens electro heroes Dada Life’s ‘Happy Hands & Happy Feet’. Free download! Don’t forget to follow on Twitter and Facebook! There will also be an EP in near future from Katzenwaffe.”

Found this tight new Redial remix today, sounds like an evil Justice/SebastiaN Clone.
In a good way that is. The original record is titled ‘Blow Money Fast’, produced by Zombie Kids. Already a real heavy electronic production with heav kicks and goed reverbs. Redial just takes it up a few notches.

[youtube width=”400″ height=”300″]http://www.youtube.com/watch?v=SgtprMGKnKg[/youtube]
Who says you need studio vocals?
In the past days Jamaica has seen some serious rainfalls, leading to the destruction of fields, roads and bridges. A local news station sent out a team to report about a washed away bridge. The report was picked up by Dj Powa, a Jamaican remixer. Well you probably know the result already, Nobody canna cross it! The original news broadcast is above, an edit of the remix by Sabbo is below.

[youtube width=”400″ height=”300″]http://www.youtube.com/watch?v=w9ER7bogeCs [/youtube]
Got this nice remix in my inbox from Richard Powda (No not Powa, Powda).
Powda is also a remixer, but he’s from New York and he made this awesome remix of ‘Fragile Bird’ by City and Colour. The remix is for a remix contest on Indaba Music. Just watch the video and listen to the remix. Powda turned the track around in the best of ways.

Dj Wick-It The Instigator is working on yet another mashup album.
After the succesful Big Boi vs. Black Keys album ‘The Sons Of Chico Dusty’ (supported by both Big Boi and Black Keys) the Nashville remixer is now working on a Quentin Tarrentino remix album. Yeah, Tarrentino soundtracks mashed up with all kinds of hip-hop goodness. Here’s a sweet little preview:

Had not heard a proper dubstep remix on Friendly Fires’ ‘Crave You’ before.
Two Canadians made one and uplaoded it today. They are Adventure Club, already known for spreading some awesome remixes on James Vincent McMorrow and Temper Trap. Quality dubstep is a rare thing, Adventure Club is a good duo to follow if you’re looking for it.