Australians. And a German. 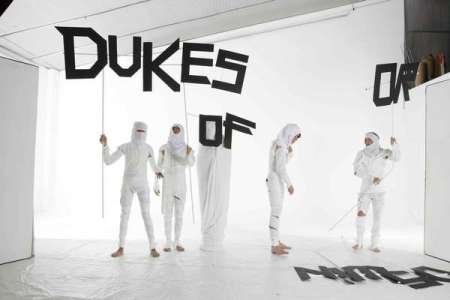 Time for some nice Australian bands. First you have Alice Blu. This young band was formed in 2007, and has been playing gigs around Brisbane for the last few years. The four members are from a small town near Byron Bay, which is also where Chris Naughton comes from. He is the producer who helped out the band with studio recordings. Could be good material for an outdoor gig, some lazy summer’s afternoon kind of thing:

From an outdoor stage back to the kitchen table. That’s where Australian/German Dukes of Windsor recorded the acoustic version of their single ‘It’s A War’. The Dukes already released two albums, ‘The Others’ and ‘Minus’, which did pretty well in Australia. The five-headed band is currently working on a third album and has now put their kitchen recording of ‘It’s A War’ up for download on their Soundcloud page.